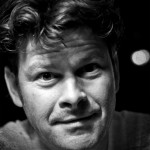 Ken Ley (Kenneth Ley Milling, born October 23, 1973) is an experienced digital journalist/reporter with special interest in the concept of leadership upside down, coaching, psychosocial relations, and how to prevent stress and ignite enthusiasm at work.

Has worked as journalist/reporter for news corps like: Danish Broadcast Corp. (TV), Morgenavisen Jyllands-Posten (online news) and Nordjyske Medier (online news). Later as webeditor for the UPDATE Institute at Danish School of Journalism.

Started playing football at the age of 5 – and remains active still. For four years lead U15- and U18-teams (girls) in Brabrand IF as a DBU B1-certified (UEFA-approved) coach.

Other interests includes yacht racing and SCUBA diving. Kenneth holds a PADI Assistant Instructor certificate (since 2001) and has 500+ logged dives – primarily in Scandinavia, Mediterranean and the Caribbean.

The interests in leadership, interpersonal relations, and stress spawned while teaching SCUBA-students and coaching football. This sincere interests in ‘people’ have only increased through the years while working for Vestas Wind Systems A/S and Sydbank A/S.

Ley’s Jam focuses on the human being the center of it all – about creating meaning and purpose for humans. Not just for the company, the product, or a complacent boss who forgot to be a leader. Least of all for the money, which is utterly worthless without humans.