Some of human’s fellow primates succeed in using sticks when building a comfy nest or digging out termites and ants out from under or inside an old tree. Of course they have no manuals, classes or how-to-guides to learn these skills. But over time they have managed to share ideas and exchange knowledge and, together as a group, develop the use of sticks for new and extra-ordinary things. You would think that we as humans – the supreme primate – would be way ahead in this regard. But we are after all still just primates, learning our way in life. 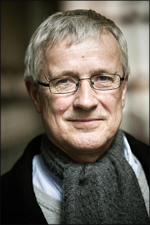 On July 30, 2014, the Danish Social Scientist and Historian, Michael Böss, pitched a commentary in the Danish national daily, Berlingske Tidende, about how we – the primate Homo Sapiens – use Social Media. This made me think about the monkeys with the sticks.

According to Michael Böss, Social Media today is mostly used as a platform for narcissistic and self-promoting outbursts, often devoid of any kind of invitation or encouragement to discuss and exchange ideas. Social Media is not at all social – it’s a verbal battlefield where we use the relatively newly acquired “digital stick” to hit each other with. Often in very rude, blunt and primitive ways.

When you think about it you probably recognize it. Maybe even you yourself have posted comments using words you would not normally use in a conversation where other people are physically present. And why would you join in such a conversation in the first place?

Michael Böss argues in his pitch that most people use Social Media to promote themselves – not as a place to get new ideas or learn new things. The past decades’ focus on the individual as the most sovereign and precious center of attention is to blame for this development, he says.

“The internet that was thought to be ‘our room’ has instead turned into ‘my room’ – MySpace – as one of the social media is called. The internet has turned into a playground for the narcissist.”

In other words, we don’t listen. We only talk. And Böss continues pointing at the frequently used comment field:

“The comment field under the online news stories has turned into a space where you can caper freely and utter personal frustrations. It can be about what the professional experts or other commentaries have written (or not written) or something completely off topic.”

So, what about it?

Well, what happens if this behavior goes on or becomes an ingrown toenail to Social Media. Will people with great ideas and brilliant new methods and models abstain from posting in fear of harassment? Will Social Media lose this great opportunity to share valuable knowledge sharing? Melodramatic, yes! But still…

The American psychotherapist, Eric Stone, points to another problem with this negative behavior. Especially if teens and young adults adopt and develop this rather destructive path even further. He argues that a Social Media culture where young people just block each other over arguments, instead of solving the arguments, can pose serious problems for an entire generation once it reaches adult life.

Can we perhaps turn this around? Can we (all of us) maybe conduct a little more conversational discipline when we engage in chat-strings? Can we ask people to contribute with more knowledge, new ideas or data/facts that can broaden our mutual horizon and help us make better choices? Can we, ideally, decrease the hate and anger in the world by simply changing our jargon on Social Media?

Michael Böss mentions the 2007 book ‘Generation MySpace: Helping Your Teen Survive Online Adolescence‘ by Candice M. Kelsey. I haven’t read this yet. But I surely will and hope to find more social science studies on this very topic in the future.

As it is, we are far from reaching the promised potential within social media. We are still not using the sticks to dig out ants or build nests – so to speak!

So please -> share links to good books or ideas/reflections on how to help Homo Sapiens get more out of Social Media.

Are you laughing enough at work?

What is a meaningful job?