Unboss – more than just a philosophy

Are you familiar with the philosophy behind the term ‘Unboss’? Have you read the 2012 book that introduced the concept of the ‘Unbossed organisation’ yet? Did you find yourself among the sceptics initially dismissing the idea saying: “This is fine but will never work in real life”? Well, now some of the first experiences and results have started to arise, and they show that the mindset does in fact work!

If you are not yet familiar with the ‘Unboss‘ philosophy, then maybe you should watch this little introduction below first.

A few years ago I asked one of the authors behind the book ‘Unboss‘, Lars Kolind, how I could become a good leader. I remember asking him where to start and for good book titles on the topic. And I remember him answering like this:

“It all starts with you. Basically it all comes down to being a good, decent, open, and honest human being. No book can help you there!”

I have kept this quote with me since. And in this context I have kept my eyes and ears open searching for reasons why some leaders succeed in getting great results for their teams, while others don’t. I have found that in Kolind’s reply lies a fundamental truth about leadership. In my experience it is a prerequisite for being a good leader – not just a boss. And it is also a prerequisite for understanding the book and the philosophy behind it. 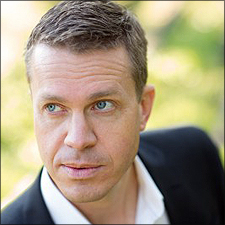 One who has proven, that involving people, creating a purpose-driven (not profit-driven) work environment, trusting colleagues, respecting cultures, and embracing new and different ways to solve problems and get you further, than it initially was thought possible, is Erik Korsvik Oestergaard.

As a highly skilled and well educated DTU Master of Engineering he quickly became involved in projects early in his career. He saw how these projects often had many different stakeholders and required several different specialists to become successful.

As a team leader, he tried various approaches to making his teams work better, go further, get better results faster AND – not to forget – have fun while doing so. And within the framework outlined in ‘Unboss’, he found out more about why what he did worked so well. Keyword was ‘Purpose‘.

At a seminar at Wemind in Copenhagen, Denmark, Oestergaard revealed how he operationalised the Unboss philosophy and created more tangible tools, how he used them AND the results and feedback he got in return. Oestergaard also proved that the Unboss mindset works equally well with large organisations as well as small teams. It even works on an individual level. In other words: Unboss is scalable!

I found this extremely interesting. Looking at it as a specialist and as an employee I find unbossing organisations is the only way to move forward. Unbossing organisations is the only sustainable way to develop leadership to serve modern employees (like me) of the 21st century. Employees want to be trusted, involved and want what we do to make sense – preferably to meet a higher purpose far beyond ephemeral profit.

Oestergaard, who has worked for companies like Novo Nordisk and DONG Energy, showed that unbossing projects, teams and structures around him and making a common purpose clear (the higher meaning of us being a company) will not only make you more profitable:

– It will also reduce the number of days employees call in sick
– It will get you a better and probably more innovative results much faster
– Employee satisfaction goes up quite significantly
– Employees stay with you longer – because it gives them a clear sense of purpose, too

In Oestergaard’s universe the leader has changed from a being a boss, who knows everything better than his/her employees, into a guiding mentor. A mentor who inspires the employees and facilitates them with the right tools to do the best job possible.

3 Responses to Unboss – more than just a philosophy