Humans in the industrialized world have a tendency to pack every day, not leaving time for even a few breaks.

What an exciting cliffhanger, right?! 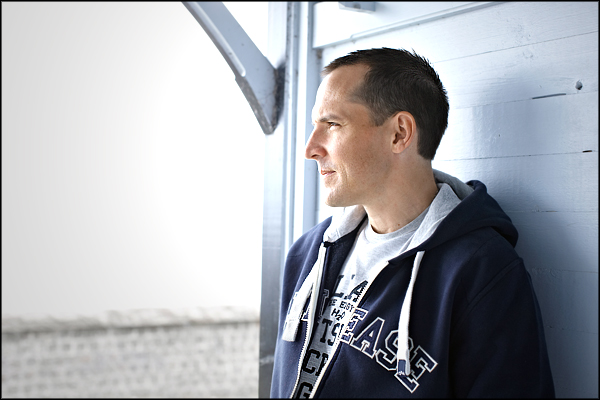 I went to a presentation by Danish-American Chris MacDonald yesterday (Monday, March 12, 2012). With his background in both Biology and Psychology, he explained the functions of both the frontal lobes and the hippocampus, and the connection between them.

He used this to explain how we can help ourselves overcome big tasks and troubled times in general. Something all the ex-Vestas employees at the seminar are currently facing. And we all know it is definitely not a walk in the park to do so. But giving your brain a 5-10 minute break once or twice a day will get you far, MacDonald says.

And then back to bringing the cow to bed…

MacDonald used quite a bit of his presentation to refer to a session he once had with his psychologist. The psychologist suddenly claimed MacDonald’s problem originated from ‘Rumination’ (<--- Look up this word. It's cool). Having a background in the field of Biology, McDonald looked quite puzzled at the psychologist and replied that he was aware he had a problem, but that it surely had nothing to do with rumination. For those of you too lazy to look up the word, 'rumination' is what a cow does when it belches and re-chews the grass it just ate. According to MacDonald, cows spend as much as half their time awake ruminating. If you disturb a ruminating cow it may have serious consequences for the creature, messing up its digestion and overall well-being, leaving the cow potentially very ill. In psychology, however, 'rumination' seems to be a finer word for: reflection or after-thought. Sort of doing the same with your thoughts as the cow does with the grass. If you don't give your brain time to reflect for 5-10 minutes a couple of times a day - if you don't leave open time to 'ruminate' - your brain will take over and do it anyway. But not until you're about to tip over from fatigue, usually when you go to bed in the evening. AND THEN... You can't sleep because your frontal lobes start a river of worries and thoughts. One part of our frontal lobes is actually capable of telling us that 'we can do it'. But it requires that the neurotransmitters (the brain's own communication chemicals) 'dopamine' and 'serotonin' are present in your brain. And that again requires sleep. The point being - you need to ruminate during the day - every day! If you don't, the "reward" is a cow in your bed at night. And who can sleep with a cow in bed? Looong story - and sorry for that - but when driving to the football club after MacDonald's presentation, I started ruminating (not belching though). And a certain thing he said kept orbiting in my brain. Some of us take a break once or twice a day - besides our lunch break. But what do we spend our break on? iPhone, Facebook, Twitter, reading news or sending a text message or two... We don't ruminate - we just do something else!!! And why do we do that?... Well, I don't have the answer. But thinking about the jobs I have had, there's not really many places ('cept the loo perhaps) to go have a thought alone during a workday, is there? So... turning on the 'We-can-do-it'-part of our frontal lobes - what can we do? How can we incorporate ‘rumination’ in our daily work-life?

Let’s have some suggestions or real-life experiences, please.

Why work more than 40 hours?