I love to work – also when it requires more than the standard 40 hours a week. But does working more make any sense? The answer is of course both ‘Yes’ and ‘No’. 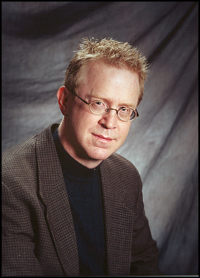 I think most people have periods in their professional lives, when almost all their hours awake are spent at work. It makes perfect sense to hit the throttle and show some stamina sometimes. But I personally always felt sorry for people doing 70+ hours – week after week – as a rule more than exception. I imagine them being poor souls who either hate their families or doesn’t have any, in which case I feel REALLY sorry for them.

I recently came across a great article on Inc.com – ‘Stop Working More Than 40 Hours a Week‘. Here the matter of efficiency is picked up. The article is interesting in itself. But the most interesting are the comments following. I will get back to the comments shortly.

In the article writer Geoffrey James attacks the status notion that the more hours you spend at work, the better an employee you are OR the more productive you are. With examples from his own career and from studies – both new and old – James argues that spending more than 40 hours a week for more than four consecutive weeks benefits noone.

I used to work for a large international company where my department managers focused on getting the assignments done rather than spending many hours doing them. We all did more hours than our contracts said – but normally not that many. We had busy weeks sometimes of course. But rarely at the expense of efficiency as we were allowed to work a little less when things were not so hectic.

Visiting other departments of the same company this picture changed a great deal. I don’t want to point fingers at my American friends. But in departments with American influence (or where the boss thought the American way is the international way), the term ‘face time’ seemed to dominate => Employees must be at work before the boss arrives and can’t leave until after he leaves. Add to this a boss that works 70+ hours a week himself.

The latter sounds like a dream for any CEO. People work almost twice as much for half the paycheck. But here Geoffrey James argues that efficiency goes down. And after four weeks of doing 70 hours, efficiency is actually decreasing below the one at 40+ and thus harming the overall productivity – not benefiting at all.

He is backed up by Lifehack’s Scott H. Young, who refers to the rules of 80/20 and Parkinson’s Law – both setting formulas for efficiency.

So why is it that bosses – American or not – still seem to appreciate hustlers more than workers who are capable of doing their tasks within ordinary working hours? Well, the answer may lie in the comments for James’ article on Inc.com.

In the comments several workers/employees seem to admit they work far too much. They also admit knowing that more hours doesn’t equal better efficiency. And perhaps herein lies at least part of the reason, I think, why this apparent misunderstanding continues to rule. Employees think their bosses wants them to work overtime – and the bosses think that’s how employees thrive and do their jobs the best way.

I have no fine scientific study to back up my conviction. But try thinking of a few 70+ hour hustlers you know… Are they very pleasant to hang out with? Are they always in balance and help keep a calm and productive atmosphere at the office? Do their colleagues always feel good around them?

Please, look up the true meaning of: “Work Smarter – Not Harder!”

Rumination - or how not to bring a cow to bed

Jim Al-Khalili - An Ambassador of Science